Last week, I was fortunate to travel to Colorado and interview the most inspirational man I’ve ever met for a magazine story and a short film we’re creating at the nonprofit land conservation org I work for. The interview was with Erik Weihenmayer, an extreme adventurer who has climbed Everest as well as all Seven Summits (the highest peak on each continent). 348 other people have also accomplished this feat, but Erik stands out amongst them. Because Erik also happens to be blind.

On the plane to Colorado I had time to read Erik’s book, Adversity Advantage. It’s all about how the greatest setbacks, difficulties, and adversities you face in life can also be the exact things that, when faced head-on and harnessed, inspire you to “everyday greatness.” This was certainly the case for Erik, who went blind at the age of 13. He also lost his mother to a car accident two years later. That’s enough to crush most people. But instead of succumbing to his adversity and checking out of life, Erik harnessed it and went on to become one of the most inspirational and influential adventurers of our time. He learned to hike and climb–he even whitewater kayaks–without the advantage of sight and now lives a more active, adventurous life than most people can even imagine. He made the impossible possible and motivates people to do the same. Not to mention the incredible things he has done for the disabled community through his No Barriers organization and Wounded Warriors.

In the book, Erik encourages readers to think about their own adversities. Like everyone, I’ve had my share. No doubt one of the biggest adversities I’ve faced would have to be my inability to conceive and start a family when I was ready. Infertility is one of the most painful difficulties one can face in life, next to death and a terminal diagnosis. It’s tough stuff. And try as you might, sometimes there is nothing you can do to change it. I suppose it’s a little like going blind. Your vision of how your life would unfold is suddenly changed forever.

While I don’t wish infertility on anyone, I have come to a place where I am thankful for it and reading Erik’s book really solidified these feelings for me. I have grown so much because of this experience and I think I have come out better than when I went in. Sure, I was down for awhile and had times where I felt pretty darn sorry for myself. Erik’s book acknowledges that that grieving process is important. He went through it. He was in denial of going blind. But one day it just clicked. He realized he had to deal with it head-on and find ways to adapt–and that if he didn’t, life was going to pass him by. There comes a point when you decide if you are going to tackle your adversity and use it as fuel, like Erik says, or if you are going to let it own and destroy you. 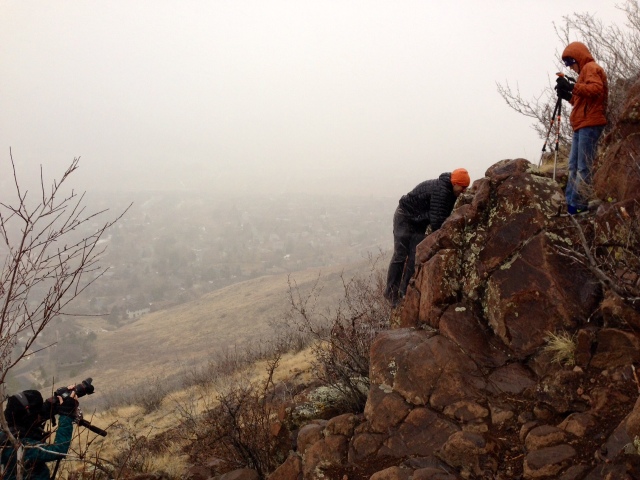 I remember the moment when it clicked for me and I decided not to let infertility define me, make me bitter, or steal any more of my precious time. It has brought me peace to accept my infertility for what it is and to find a way around that brick wall (adoption!) to my true goal of starting a family, despite the fear I felt at first. I feel like I have been given a unique opportunity to become more in tune with myself, my husband, my family, my true potential as a mother, my future child, my voice, and the world in general. I believe I have been given the chance to elevate myself and hopefully others, to change the life of a child and to help a birthmother who needs it.

I believe I have been blessed with an adversity that has truly changed my life for the better. I’ll borrow from Erik here and instead of thinking about it as a tragedy or setback, I’ll think of it from now on as an advantage. Life is what you make of it, after all, and no one illustrates that better than Erik Weihenmayer.

Photo #1: A co-worker, Erik, myself and his guide dog Uri after our hike.

Photo #2: Filming Erik scramble up a rock wall behind his house in an oncoming snowstorm.